Why sail to the same destination twice? Considering this is an activity once defined by uncharted territory, it makes no sense to cover the same ground each year. To expand your horizons, we’ve listed 5 of the hotly tipped sailing destinations for 2017. If any look like a worthy voyage, we recommend you start preparing now - before the weather conditions and influx of visitors ruin the trip.

South Florida ranks as one of the premier U.S. sailing destinations. The tropical scenery and flawless weather already tick two major boxes, but the Miami sailing community itself is also highly inclusive and welcoming.

Artificial and natural reefs are in visual distance from the city, and it’s easy to secure a fishing charter or witness an unmatched sunset view of the bay. Miami is a key departure point for cruise liners and pleasure boats, and will make a fine sailing destination for your vessel.

The aptly named “Spice Island” of Africa, Zanzibar is blessed with an ancient town that has changed very little over 200 years. Once a vital trading output for spices and produce, visitors can still expect some of the nicest nutmeg, cinnamon and pineapple the world has to offer, all wrapped in golden sand beaches and palm trees.

For those looking to take to the waters, snorkelling and dolphin swimming are standard activities. You can also revel in the history of the island with a Zanzibar spice tour and a gander at its UNESCO world heritage sites.

This Pacific archipelago pops up in just about every top sailing destination list, and there’s no reason why it wouldn’t appear here. Unanimously praised for its sand quays and abundant fish life, Fiji’s islands each have something unique to offer:

●Malolo Lailai - a dream for surfing tourists and marine enthusiasts●Tavarua - famed for its surfing contests, scuba diving and spa
●Namotu - a paradise resort that includes crab racing and a kava ceremony

Believe it or not, tropical resorts can get a little tiring. If you’re looking for change, Russia’s many great cities are some of the more underrated sailing destinations. St. Petersbourg in particular is a cultural capital located in the Gulf of Finland, often described as the “Venice of the North”.

Inland you have the Hermitage (one of the world’s most spectacular museums) and Pushkin, the former village of the Russian royal family. On water you can tour through the city’s many marvellous bridges, all of which are raised daily to allow in ships travelling through the Baltics.

Any sailor who’s so far skipped the Middle East, needs to remedy this in 2017. Qatar, and its capital Doha, is the perfect way to start. The city is brimming with culture; the Museum of Islamic Art being an absolute must. The country is also an ace destination for rock climbers, kitesurfers and divers.

In terms of aquatic attractions, The Pearl is an artificial island off of Doha that must be seen to be believed. An estimated $15 billion construction, the island is as luxurious as you’d imagine, with 5-star hotels and luxury villas aplenty.

Bringing you the very best of chandlery, we are a family run chandlers based in Cornwall who formed in 1985. We have grown year upon year and we have since become one of the largest chandlery and rigging businesses in the South West. We are now delighted to 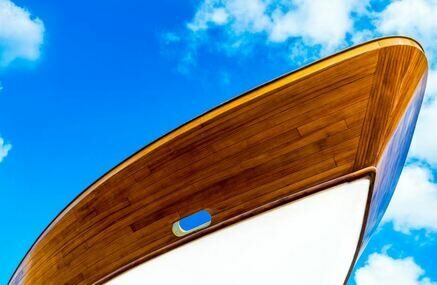 What Is The Best Way To Varnish Your Boat?Friday, 26th of January 2018

Winter is a great time to start thinking about varnishing your boat. Not only is your skipper more likely to be out of the water, it's also the perfect opportunity to get your wooden decks, railings and decorative features looking their very best. If you're 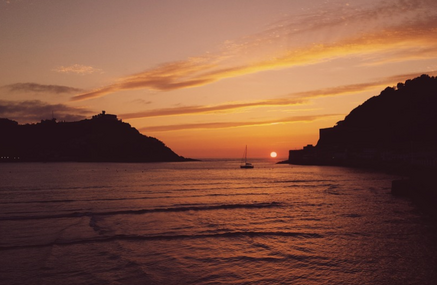 Top 5 Tips For Sailing At NightMonday, 19th of February 2018

Night sailing is a great challenge for any seafarer interested in pushing the boundaries and putting their skills to the test. Although launching your cruiser in the twilight hours is an exciting and pretty spectacular way to view the sunset and night's sky,